At 2 AM, while watching your favorite TV series, holding a box of pepperoni pizza, have you also wondered, “Is pizza an element compound or mixture?” You might think that this is just an unnecessary two AM thought, but in reality, more people than you realize ask this question themselves and then on the internet.

Without any further delay, here is the answer to your question:

Is Pizza an Element? 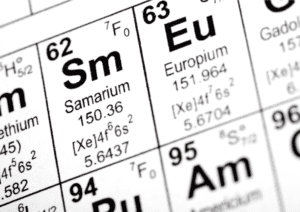 According to the definition taught in the schools, an element is the purest form of a substance.

So, by this definition, pizza is certainly not an element as it is not the purest form of any pure substance at all.

Is Pizza a Compound? 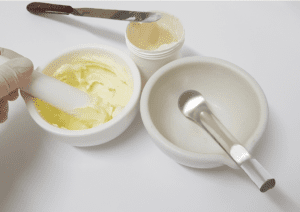 Let’s jump to the second entity, which is a compound. Before jumping to a conclusion, let’s discuss the definition of a compound.

Scientifically, “a  compound is a pure substance made up of identical molecules. These molecules consist of atoms of different elements which are chemically combined.”

So, it is clear that pizza is not a compound because it doesn’t comprise identical molecules. Moreover, all the ingredients present in the pizza are not chemically combined, so another question arises.

Is Pizza a Mixture? 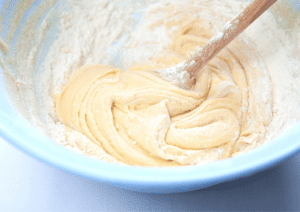 Yes, you guessed it right, pizza is nothing else but a mixture. According to science,

“Mixture is made by combining more than one substance physically. You can separate the components of a mixture physically.”

Moreover, the components of the mixture retain their identity even after the combination process.

Yes, it does because we can taste each component of the pizza separately. If you are still unsure, don’t worry because we’ll justify the statement we made. Stay with us till the end to know more interesting facts related to this question.

What Makes Pizza a Mixture not a Pure Substance?

In simple words, the process of making a pizza renders it to be called a mixture.

Imagine a slice of pizza in front of you; what are its essential components? Pizza crust and different kinds of toppings, right?

The next question arises, how are they physically combined? Firstly, they are assembled and then baked. You might be wondering that if heat is involved in the process, then why isn’t it a chemical process?

Baking dough to make the crust is undoubtedly a chemical process, and the crust can be categorized as a compound. It is because all the elements undergo a chemical change and form a new homogeneous substance.

Contrarily, this is not the case when it comes to baking pizza. It is because most substances do not lose their chemical characteristics. This is why you can differentiate between the taste of meat, veggies, and cheese.

There are some other elements of pizza that can also fall under the definition of a compound like cheese. Cheese undergoes the processes of curdling, aging, and fermentation to form a uniform mix of the same molecules.

All in all, pizza is a mixture of different elements, including compounds and mixed ingredients. Scientifically speaking, two or more substances are mixed physically to form a pizza.

Hopefully, we have convinced you that pizza is a mixture without any doubt. Here are some related questions that the masses often ask:

At What State Pizza is a Compound? 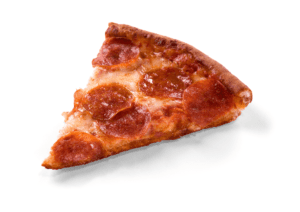 The left-over carbon can be found in the ash, along with some microelements, such as sulfur, nitrogen, and iron. So,  we refer to the ash as a mixture rather than a compound. It’s because different elements in the ash have no chemical associations and can be separated physically.

As discussed earlier, the pizza components retain their physical traits during and after the making of pizza. It is the most considerable evidence to prove that pizza is a mixture rather than a compound.

Most likely, we are on the same page now.

According to the established science, there are two types of mixture. On account of this, let’s find out what kind of mixture a pizza is?

Don’t worry if you hated chemistry in elementary school and can’t recall these terms. For better understanding, let’s go through the definitions of these types:

In heterogeneous mixtures, the particles are not uniformly distributed. You will notice that one part of the mixture will have a different composition than the other.

The same is the case with pizza. You can never have the same amount of meat, cheese, veggies, and sauce in two different slices of pizza. You will see the difference in the number of ingredients in every slice of the pizza.

Not only can you identify the components of a pizza, but you can also touch and separate them effortlessly. Take a good example of a pepperoni pizza; what stops you from picking out that pepperoni and satisfying your meat lust? Nothing, and that’s the point.

Considering all these facts, it is safe to say that pizza is a heterogeneous mixture.

Following are the characteristics of a homogeneous mixture:

No matter how hard we try, we can’t spread pizza sauce evenly on the molecular level. The same is the case with cheese and other Italian dressing. We try our best, but we know that some parts of the crust have more amount of certain toppings than others.

Have you ever heard someone calling pizza a solution? That’s not how things work, am I wrong? Another reason to believe that pizza is not a homogeneous mixture.

You don’t even have to look keenly to say that pizza is not a homogeneous mixture. It is evident from the look of a pizza that the distribution of components is not uniform.

The components of a pizza are not distributed uniformly either. There are very few chances that you and your friends will get the same amount of chicken chunks in a pizza slice at a weekend party.

We are optimistic that you now know the answer to the question, “is pizza an element, compound, or a mixture?”

Here is another question that is often asked by the folks:

What Ingredients of Pizza are Compounds after a Chemical Reaction? 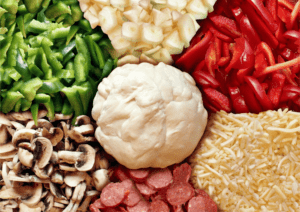 Let’s start with the purest. Cheese is a result of curdling and aging. The chemical and physical properties of components of the cheese are changed during the process of formation. Yeast, which is a bacteria, is added to induce a chemical reaction.

Cheese fulfills all the conditions; hence it is regarded as a pure substance or a compound.

The third element of pizza which is also regarded as a compound, is its crust. Similarly, yeast is added to the crust’s dough, and then it undergoes a chemical reaction at a specific temperature. The elements of the dough lose their chemical and physical properties to create a whole new substance. Therefore, the crust of the pizza is also a compound. 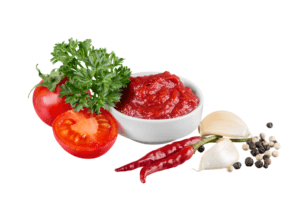 As far as the pizza sauce is concerned, it’s a mixture. The formation of pizza sauce starts with mixing different elements like tomatoes, garlic seasoning, and water. These elements are then heated to form a pure substance with uniform composition. We may call sauce a homogeneous mixture.

“Is Pizza an Element Compound or Mixture? “Our verdict

Our mind never fails to amaze us by asking some pretty unconventional questions. One of these questions includes “Is pizza an element, compound, or mixture?” We saw that many people were interested in knowing the answer to this question. Therefore, we did deep research and covered all the aspects properly.

We found that pizza is not an element because it is made up of several components. Further in our research, we discovered that pizza is also not a compound, and it is because all the ingredients of pizza, including pizza dough, do not undergo a chemical reaction to form a new substance.

Finally, we stumbled upon the fact that pizza is nothing else but a mixture, and we proved it in multiple ways with the aid of science. Additionally, we also came to know that pizza is a heterogeneous mixture because of its non-uniform composition.